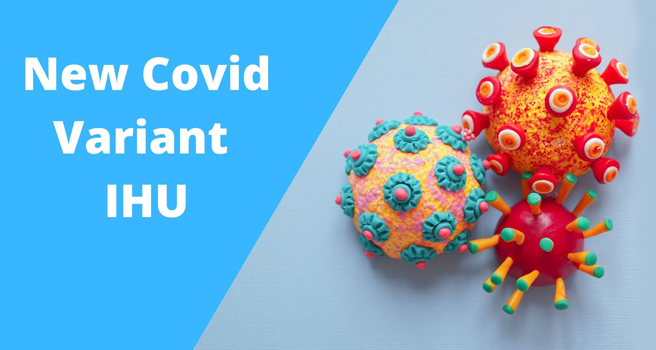 While the majority of the world's attention is focused on Omicron, its symptoms, and its rapid spread, another COVID 19 variant has chosen to steal the show. This is referred to as the IHU variety, and it was first discovered in France.
Although there isn't much information regarding IHU at the moment, public health experts, including WHO staff, are keeping an eye on it. That's all we know about this version, which is generating a lot of buzz.

IHU is a COVID19-causing variant of SARSCoV2, which was first discovered in October in southern France.
In early November, IHU, also known as B.1.640.2, was submitted to Gisaid, a collaborative database of disease variations. According to the report, just 20 samples have been sequenced since then, with only one in early December. The mutant has 46 mutations and 37 deletions from the original SARSCoV2, according to genetic research. There are 14 amino acid changes and nine deletions in the spike protein utilised by SARSCoV2 to connect to cells.
Is it accurate to say that IHU is more contagious than Omicron?

It appears that this is not the case. IHU is a disease that is "older than Omicron and not extensively spread."
On November 9, the Omicron variation was identified, followed by the IHU variant on November 24. It has now spread to every part of the world. Omicron variants are responsible for more than 95 percent of 19 COVID cases in the United States, according to the Centers for Disease Control and Prevention (CDC), resulting in a global record of 19 COVID 19 cases.
At this stage, all versions must be able to outperform Omicron IHU. This appears to be suppressed based on several documented examples.
Keeping oneself safe from IHU
The virus is known to mutate and will continue to do so. "Most varieties will not represent a significant hazard," according to the researchers, and it is still too early for the general public to be concerned about IHU.
There are going to be more mutations in the future. “Until the whole globe is inoculated or acquires immunity. New varieties may appear, and physicians and scientists must keep track of them.
Meanwhile, be vaccinated against COVID19, receive booster doses if you're eligible, and employ recognised COVID19 prevention measures from IHU, Omicron, and other COVID19 versions.

Vaccination will not only keep you safe but your future generation too
The immunisation lowers the chances of being infected. Your body creates antibodies against the coronavirus as soon as you get the first injection. These antibodies aid the immune system in fighting the virus in the case of an unintentional infection, lowering the risk of becoming ill. In the United States, three vaccinations are available that successfully prevent illness.
You can still get infected after being vaccinated, but because to something called herd immunity, your chances of being infected are much decreased once the rest of the community has been vaccinated. Getting vaccinated not only lowers your risk of infection, but it also helps to safeguard the community by lowering the risk of virus transmission.

The immunisation may be beneficial to your unborn child or infant. Expectant moms who get the COVID19 vaccination produce antibodies to the virus, which they pass on to their unborn kids through the placenta, according to studies. Breast milk has also been found to transfer antibodies from mothers to their babies. This indicates that these neonates have some viral immunity. Because newborns cannot be immunised, this is extremely crucial.
The vaccination guards against life-threatening illnesses. Three vaccines, developed by Johnson & Johnson, Moderna, and Pfizer, have been demonstrated in studies to successfully prevent major infections caused by COVID19. As a result, if you are vaccinated and infected, a significant reaction is rare.

N95 masks are another way of keeping oneself protected
Yes. Face masks help minimize viral infections when used in combination with other precautions such as vaccination, physical distancing and washing hands frequently.

The US Center for Disease Control and Prevention and WHO  recommends using a N95 mask In areas where new COVID 19 cases are prevalent, masks should be worn inside in crowded public and outdoor situations, or while in close proximity to unvaccinated people. Individuals who have not been fully vaccinated are advised to use face masks indoors and outdoors where they may be exposed to COVID 19, such as at crowded events and large gatherings. 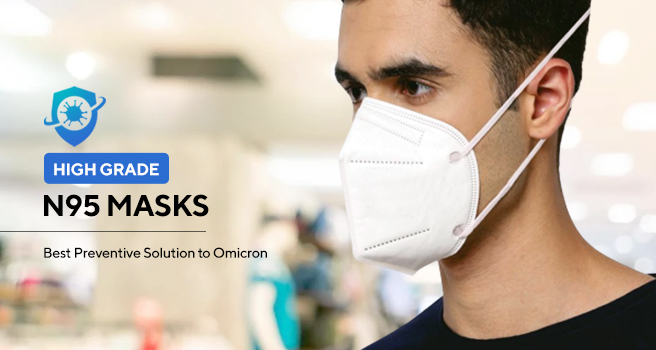 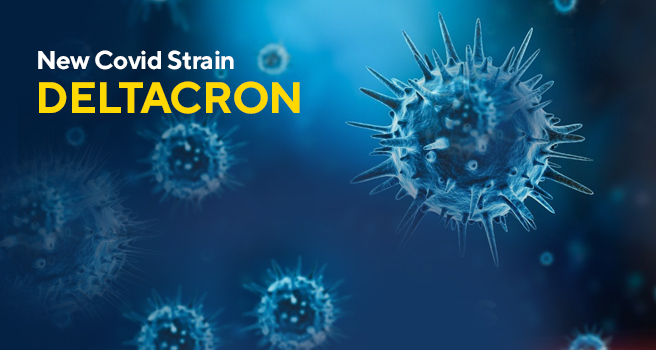 What Are the Risks of Using Reprocessed Decontaminated Masks?